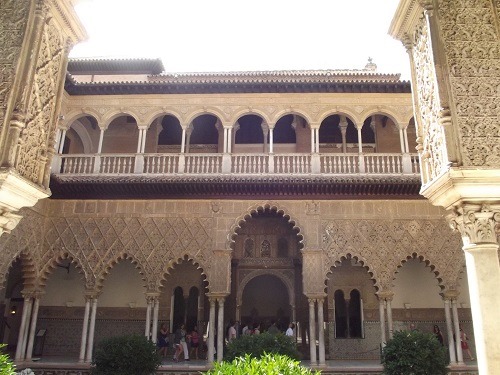 This lecture will examine how, after the ‘Reconquista’ of Spain, which began long before 1492, Christians continued to build in a Moorish style, called Mudejar. The lecture begins in Toledo in 1085 showing buildings which fuse Muslim, Christian and Jewish building styles. It ends in Granada at the Alhambra. It will chart the gradual take back which took 400 years and affected the whole continent. It will examine how the Christians took back Spain, mostly destroying 800 years of cultural heritage yet at the same time there are examples of how they preserved and admired the culture.

Jacqueline Cockburn is the Managing Director of an art tours company, running residential courses in Andalucía, Southern Spain in the art and culture of the region. Jacqueline is a course director and lecturer at the V&A and also lectures at The Royal Academy, Christies Education, The Art Fund, The London Art History Society and has recently toured New Zealand for The Arts Society and Australia fror ADFAS, where she will return next year. Her specialist field is Spanish Art, but she also lectures on European Art 1790-1950. She has recently published A Taste of Art, London (Unicorn Press 2019). Jacqueline films her lectures and is currently delivering lectures, study days and courses online.