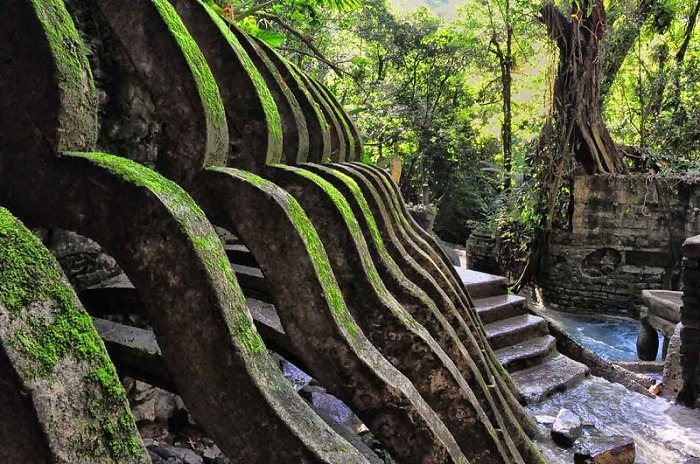 A Gardener Like No Other: Edward James and Las Pozas

In the depths of the Mexican jungle lies an enchanted valley in which strange ruins tower over waterfalls and pools. It seems like the remains of a lost civilisation, but the arches and stairways were built only in the last century by Edward James, a rich English eccentric and Surrealist. This lecture tells the story of Edward James and Las Pozas, introducing along the way an array of intriguing characters, and exploring the wider theme of the modern artist-gardener.