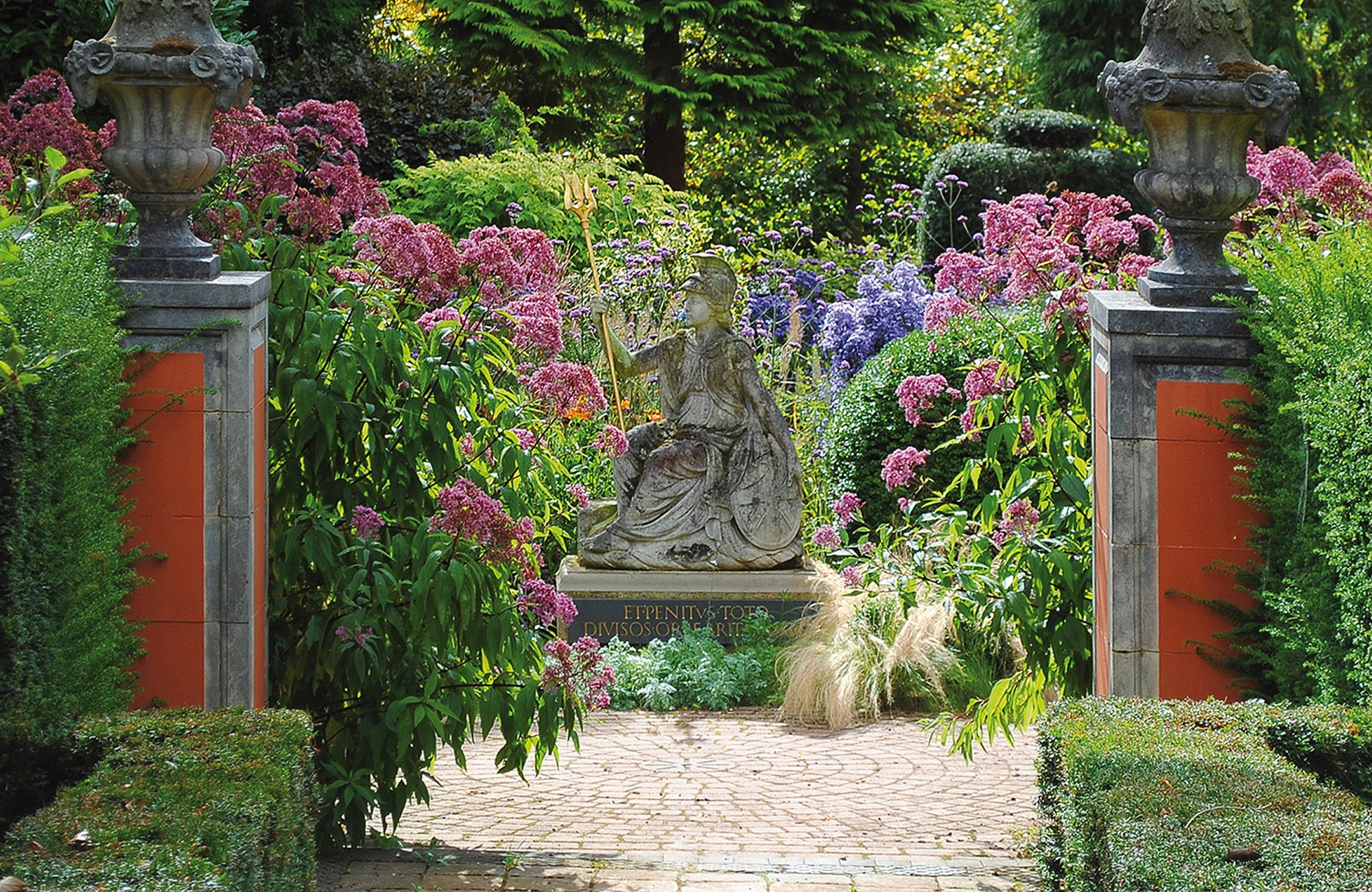 The Laskett Gardens are one of the largest private formal gardens to be laid out in England since 1945. They form an ever evolving creation over forty years of the historian, writer and diarist Sir Roy Strong and his late wife, the designer, Julia Trevelyan Oman.

Stretching over four acres, it is celebrated for the orchestration of surprise and its thrilling vistas. There are some twenty different and contrasting ‘rooms’ including a rose garden, a knot garden, an orchard, a pleached lime avenue, parterres, herbaceous borders and the Colonnade Court. Visitors will see new additions to the Gardens in 2019 including two new mosaics and a spectacular Italianate Belvedere from which to view the gardens from on high – this is not to be missed!

This is the Sissinghurst of the late twentieth century, a joint creation by two people who were at the centre of the arts in England embracing theatre, opera, ballet, film, museums, exhibitions, garden design as well as writing. What makes this garden utterly unique is that its makers wove the story of their marriage and their lives into its very fabric.

Kentchurch Court is considered to be one of the most important historic houses in England. It has also been the ancestral home of the Scudamore family for almost 1000 years. The current house dates back to the 14th century.