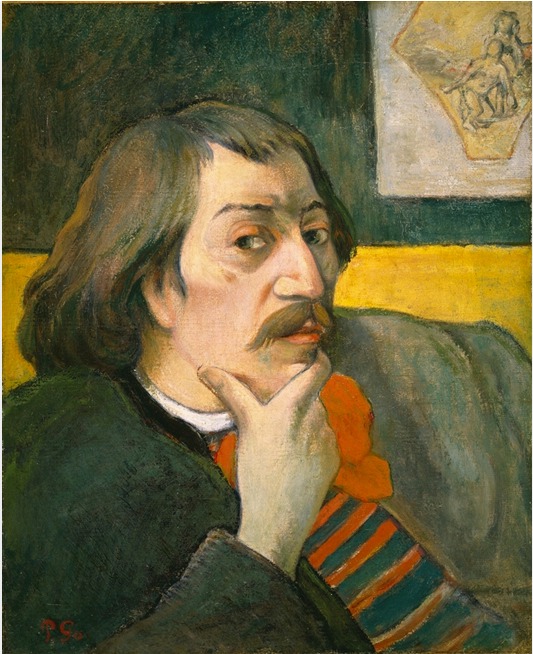 A search for Paradise Lost -was Gauguin nothing but a tourist seeking for a some lost Shangri-la or was he an exile searching for his lost home? He called himself ‘the savage from Peru’ yet was a master of self-promotion. An artist who was imprisoned by the myths he himself invented. Any of this could destroy a lesser artist – but not Gauguin. He was a true visionary, a troubled creator of beautiful jewel-like canvases that sing to us with a dream-like intensity: each picture offering us an invitation to voyage.
Woven into this lecture is my own story of international intrigue, mystery and skulduggery as I became involved in the quest to authenticate two Gauguin paintings – each worth millions of proven to be so, worth nothing if proven to be forgeries.

Michael Howard is a familiar face to The Arts Society. He is President of The Arts Society Bolton and a Fellow of the Royal Society of Arts. Although retired, he continues to teach at the Manchester School of Art. He has published widely on European art of the nineteenth and twentieth centuries, his books include: L. S. Lowry: A Visionary Artist; The Impressionists by Themselves; The Stations of the Cross / The Captive Figure and the award-winning dramatic interpretation and publication of material originally performed by the Zurich-based Dadaists of 1916. A New Order: An Evening at the Cabaret Voltaire. Michael is a practising artist, and has exhibited at the Royal Academy, the New York Art Fair and elsewhere. He is represented in Manchester Art Gallery and in many private collections both here and abroad. He has appeared on television and radio.