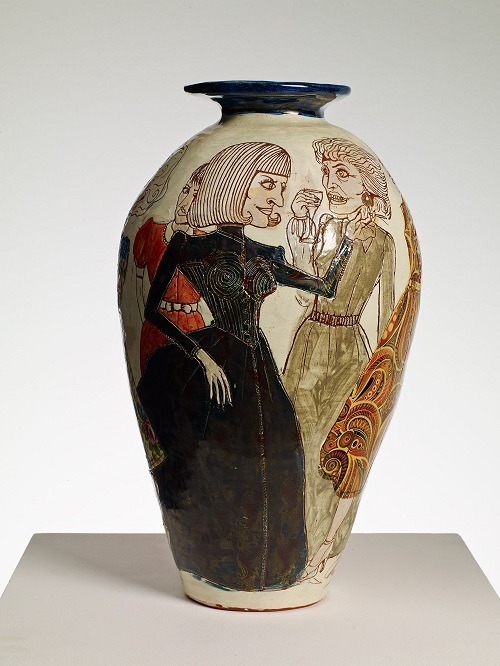 Pots and Frocks: the Art of Grayson Perry

A Londoner with a passion for art and architecture, Ian is an official guide at Tate Modern, Tate Britain, Guildhall Art Gallery and St Paul’s Cathedral, and gives tours around each venue. He is also a qualified and active freelance London guide and leads regular tours for various corporations and organisations. Since 2012 he has led a popular weekly independent art lecture group in his home town of Richmond in West London. He is a Freeman of the Worshipful Company of Art Scholars, one of the City livery companies.

Best known for his outlandish appearances dressed as his feminine alter ego, Claire, Grayson Perry is now a core part of the art establishment, a Turner Prize winner, Royal Academician, popular broadcaster and colourful character. He’s possibly one of the world’s best-known contemporary artists. His works of ceramics, textiles, tapestries and prints are highly sought after. Often controversial, he tackles difficult subjects in a poignant yet witty way and holds a mirror up to society. This talk will examine Grayson Perry’s work, his exciting and thought-provoking exhibitions, and the unique character inside the flamboyant frocks.